Russia is just the most amazing place.  Part of this for me is just the pure history of the last century, but also it’s just so prominent on the globe.  Russia has been so imperial.  So majestic.  So mysterious. There’s the crazy cold war, and my favorite the space race.  Forget about the arms race, although I really do need to visit Chernobyl.  I did fly over it on a jet on my way out of Moldova. Can you believe it? The US is now hitching rides with the Russians into space to the international space station.  Amazing how the dynamics themselves have definitely changed.  At least the space people are collaborating. 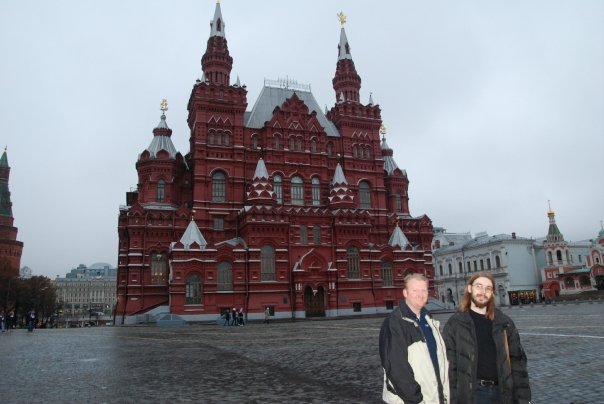 When I was growing up I remember looking for places to hide just in case the Russians came.  There was the attic, and the potato cellar.  Either way Russians were always the enemy, but in church we would talk about when Russia would be open for the preaching of the gospel.  The end of the world would come shortly after missionaries entered Russia, or so it would seem. Ronald Regan had that big arms race thing.  The “Wall” comes down and shortly Russia would be open for preaching of the gospel.  I’d hear of friends who would go there on their missions.  There was stories that reached all the way to Idaho about the first McDonalds in Russia and how lines wrapped around the block or worse.  Fast forward a few years, and I’m a minority on a Russia majority software company up in Seattle.  I find these “refugees” are amazing, and I’m fascinated with their culture.  I never hated Russians, just fascinated by their culture and the communist machine.  So many stories about how we should be extremely worried about anything that had anything to do with it.  Living in Seattle, I’d find a HUGE Leningrad Lenin at a coffee shop.  There was even communist magazines and articles in Fremont area in Washington, that made it seem almost cool to be communist, because it was racy.  Why do I give you this terse background story?  Because going to Russia is a HUGE rush.  Most American’s have some weird ideas of what it would be like to go to Russia.  How dangerous it might be, what might happen.  The crazy Russian Mafia stories.

First thing I had to do as an American was getting the Russian Visa.  It was the longest visa form I’ve ever filled out.  I started having doubts that they might not admit me.  It’s not just asking about my passport details and where I’m going… It gets into my parents and grandparents on both sides.  It asks about every country I’ve visited plus dates, that’s a pretty good list that ends up being pretty complex.  Despite the complexity and the couple of weeks it took.  I get the visa!!  I’m on my way to Russia.  What’s better I’ve got colleagues in St. Petersburg and I’ve got a SharePoint user group meeting setup in Moscow.  So work is paying for hotels, and all I’ve got to do is cover a train ticket from St. Petersburg to Moscow.  The Nevsky express!  Strangely about a week after that train ride that same train would get blown up and derailed by Chechen Rebels. Crazy. 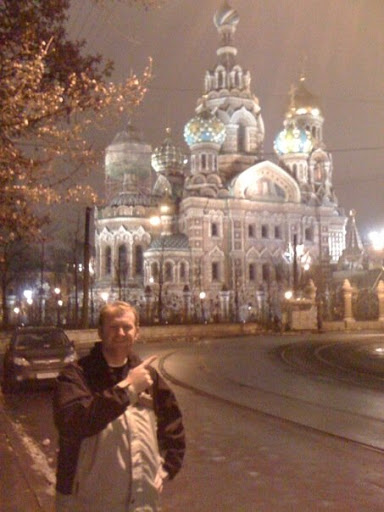 Pictured Above:  One of my favorite buildings in St Petersburg is the Church of the Savior on Spilled Blood. This Church was built on the site where Tsar Alexander II was assassinated and was dedicated in his memory.