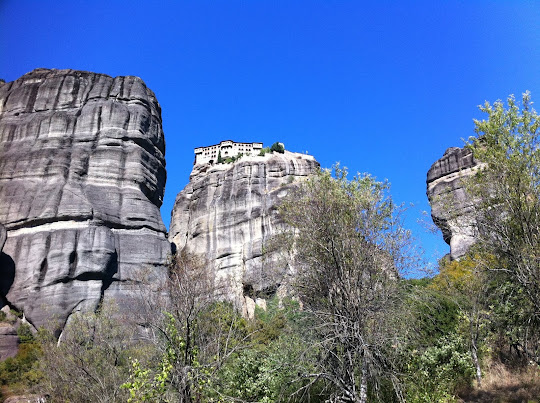 I was inspired by a photo on Bing.  I saw what looked like huge granite rocks with old buildings hanging off the sides.  As I did research I found these monasteries from 500+ years ago that continue to exist in inhospitable places.  I was sure they were designed for protection back in the day, but I had to see these wonders. They seemed so incredible.  These are protected as UNESCO world heritage sites.

Wikipedia article on Meteoragives us a little info on the age… The cave of Theopetra, Kalambaka, radiocarbon evidence for 50,000 years.  In the 9th century, a group of hermit monks moved up to the ancient pinnacles.  The oldest monasteries are from the 13-14th century.

I planned out my trip.  I’d fly into the closest airport I could find, Thessaloniki and assume that I could either rent a car or pay someone to take me.  (I later found Volos is 2 hours, so it’s a little closer but wasn’t as accessible.) There is actually a train (3 hours) leaving every 2 hours.   I was in a big rush and ended up paying a taxi driver and while I can’t say it worked out perfectly because his estimate for drive time was off by an hour and I missed my flight, but I will say it was worth it to see these amazing cliff monasteries of Meteora Greece.  The Wiki travel page explains there are a total of 24 monasteries atop rock pinnacles. 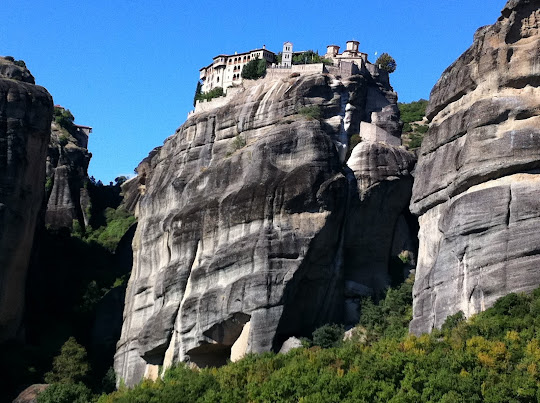 The drive was actually about 3 hours outside of Thessaloniki.  It isn’t well marked, and this did cause some confusion for my driver who knew they existed and had visited the cliff monasteries, but didn’t remember exactly how to get there. 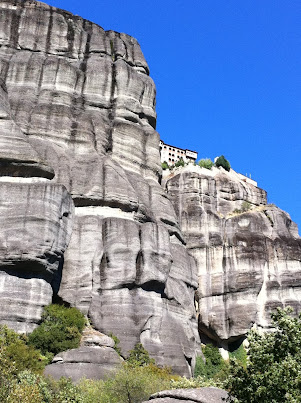 Driving through the Olympus mountains themselves was quite surreal.  Next time I’ll definitely rent a car and spend way more time in this much quieter part of Greece.  Athens was nice, but Northern Greece and the Thessaly and Macedonian region is so beautiful and peaceful.  I won’t get into the dispute of FYOM Macedonia which I blogged about previously.

Looking out at Meteora and Kalampaka from above one of the cliff monasteries. 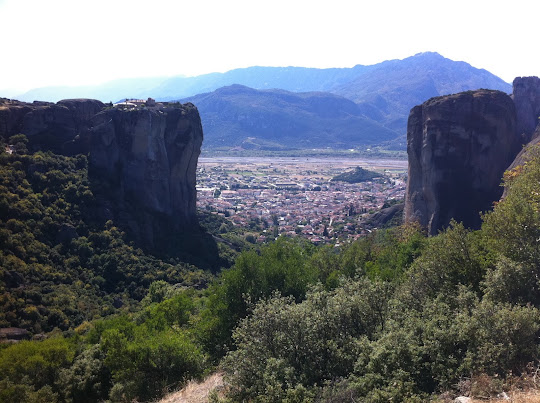 Above: View of the city Meteora from atop one of the cliffs.  There are a huge variety of different monasteries.  One of the most famous is Agias Varvaras Rousanou.  At first I thought there was only one with just different angles.

You can visit the monasteries for a small fee around 2 euros each.  The hours are limited, so be sure to check open hours. 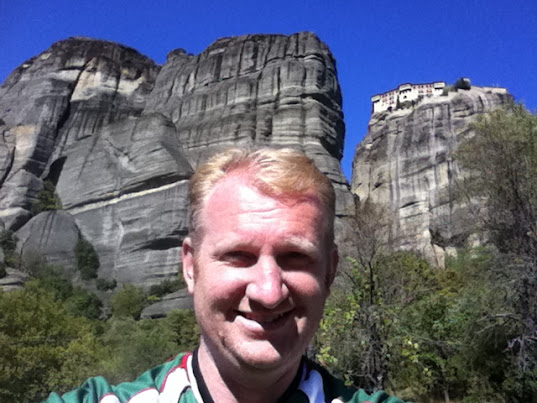 Night view of the Acropolis in Athens with my traveling friend Paul Swider.

Old Watch Tower on the Bay in Thessaloniki 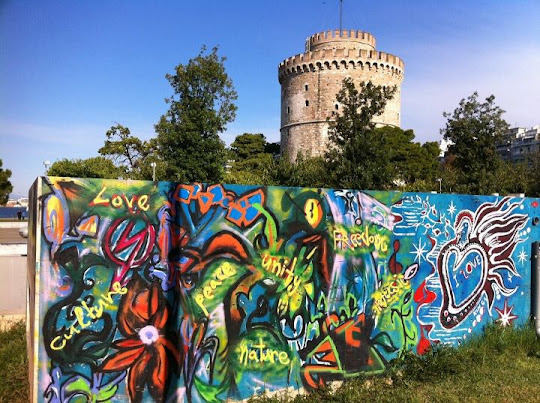 As a Christian I find visiting the city that the Apostle Paul wrote about in the Bible. The book Thessalonians is based on a letter to the people living here. That’s cool stuff. I recommend Ephesus in Turkey as well for similar reasons, and may be a good city to add on to this trip.

The Greek Orthodox churches in the cities, while still cool looking definitely don’t have the same feel as those in the cliffs. 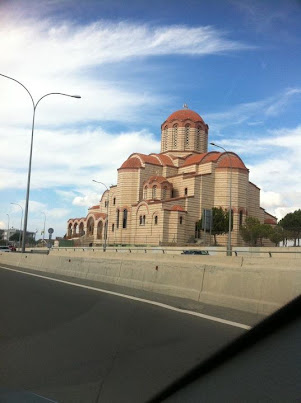